Popular Nollywood actress, Kate Henshaw, was accused of money laundering on twitter, and she immediately responded to the weighty allegation.

The actress posted who posted a tweet questioning the quality of the relief package Lagos State is giving to her citizens got heavily attacked by another Twitter user.

RESPECT WOMEN!! Lady Narrates How She Stabbed Man Who Harassed Her In Lagos

The Twitter user identified as “QQwerri” also pointed out that the actress withheld some tips due to the staff of the hotel she visited.

SO SAD!! This Beautiful Couple Died In The Festac Gas Explosion Yesterday (Photo) 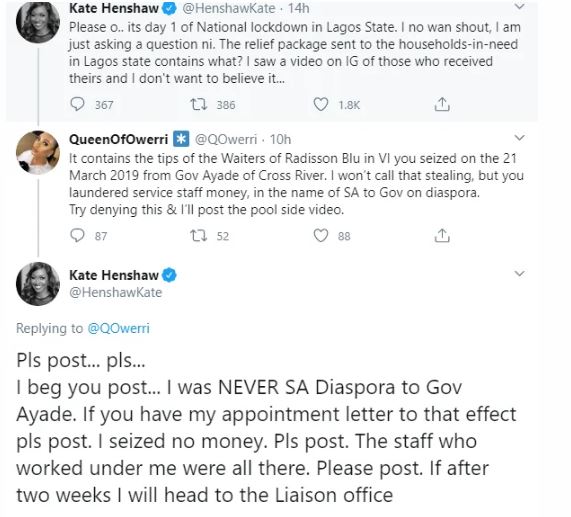 Related ItemsKate Henshaw
← Previous Story Patoranking Blasts Colleagues For Ignoring Covid-19 And Focusing On Less Important Issues
Next Story → If You Could Battle Anyone With Hits, Who Would It Be?? – Angry Fan Blasts Burna Boy