Odumosu made the promise during the 4th annual public lecture organised by United Action for Change with the theme “Security of Citizens as a Social Contract’’ in Lagos.

The CP promised to investigate allegations of commercial motorcycles being impounded by law enforcement agencies in areas not covered by the ban that sparked the violent protest in Iyana Ipaja area on Wednesday.

He said he had been carrying out sensitisation exercises for his men and the public through various mediums which included radio jingles and flyers, to point out areas covered by the restrictions.

The CP explained that military men men were not exempted from the recent restriction slammed on commercial motorcycle operators in the state.

Odumosu said the law was no respecter of anybody as such, some policemen had their bikes impounded on Feb. 1 when the enforcement on the ban on motorcycles on restricted routes began.

“Personally, I arrested about eight of my officers with their Okadas impounded and it still remains impounded, equally, the Navy personnel that went with his was affected. The law is no respecter of any person,’’

He said the law, which had been in effect since 2012, was just being enforced to ensure restriction in city centers and not in other areas.

While giving a speech, he appealed to parents to assist the police in dealing with cultism among youths.

“Cultism is trending and parents need to assist us,’’ 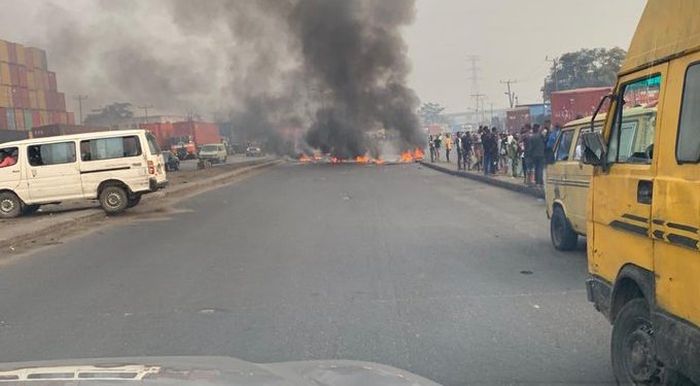 He said that raid was a strategy being used recently to curb cult activities in the state, adding that there was nothing like planned mass raid as being speculated on social media.

He also debunked the false information being spread on social media that the police was planning mass raid.

“Yesterday there was message on social media that Lagos is embarking on mass raid, that one is fake news. Raid is a strategy for crime control but it is a purposeful strategy.

“We don’t just go on raid for the sake of raid, we go on intelligence led raid, when we have information that there is an invasion somewhere on crime and criminality, we conduct our investigations before we move,’’

He said that more policemen had been deployed to roads to reduce gridlock around construction zones and other areas in the state.

Related ItemsPolice
← Previous Story This Has To Stop, ‘I Will Not Tolerate Any More Protests In Imo’ – Governor Uzodinma
Next Story → OMG! Death Toll From Deadly Coronavirus Hits 811