Charity they say begins at home and Nollywood actor, Odunlade Adekola has showed that he is a true son of Yoruba soil as he was seen prostrating for Vice president Yemi Osinbajo’s wife.

In the picture, Odunlade who went to pay Vice president, Yemi Osinbajo and his wife Dolapo Osibanjo a visit at the Presidential Villa, Aso Rock was seen prostrating for Mrs Dolapo before addressing the women seated in the hall. This display of humility from the 41 years old has earned him praises from lots of Nigerians.

SHOCKING!! Woman Allegedly Kills Herself After Her Husband Takes A Third Wife (Photos)

See The Photos Below; 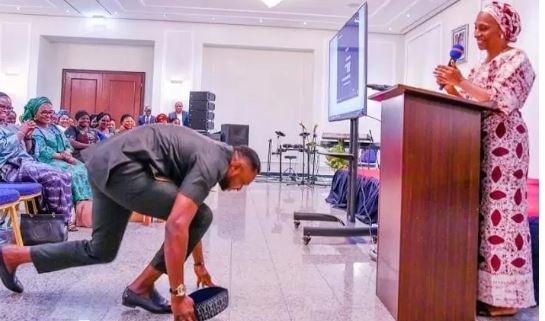 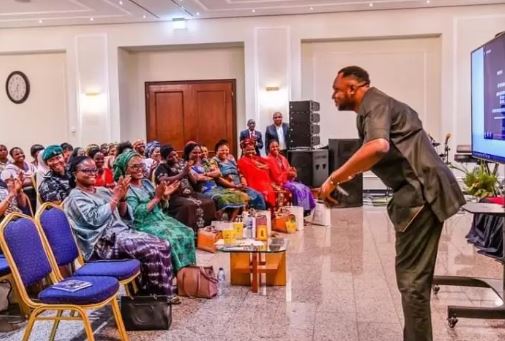